Rolex have made several versions of the Explorer II since its launch fifty years ago but here we are mainly concerned with The Rolex Explorer II 16570. We will cover other references but this blog is designed to help you understand why you really should be considering a 16570.

When I first thought of writing this blog piece in the autumn of 2020, the Rolex Explorer II 16570 was one of the most overlooked and undervalued of all modern Rolex sports watches.  A few months later I realised that the correction had already begun so I thought I had better get on with the piece 🙂

So firstly, let’s deal with this ‘Steve McQueen’ thing.  The first incarnation of the Explorer II was the 1655 and at some time after its launch in 1971, it gained the nickname ‘Steve McQueen’.  As no photo has ever come to light of ‘The King of Cool’ actually wearing a 1655 (he was a 5512 man), the reason why remains a mystery.

However, here are a few things that we do know about the 1655:

The 16550 is what the watch world refers to as a ‘transitional model’ although to be honest, I’m not sure that the description really fits the bill.  While it wasn’t made for very long in Rolex terms, it was made for almost five years so that’s not really a transition.

The thing that makes the 16550 particularly interesting is the dial – for the first time the Explorer II was available with the option of either a black or white dial and while the black dials were fine, the white ones were nearly always faulty.  Instead of staying a lovely bright white as Rolex intended, most of them turned a creamy colour, giving them the nickname ‘Panna’ (Cream in Italian).  A LOT of these have been replaced by Rolex with lovely shiny white ones, making the remaining cream ones highly collectible and valuable.

There are also some ‘Rail Dial’ examples out there – a Rail Dial is one where the words “Superlative Chronometer Officially Certified” line up perfectly with an even gap through the middle – like train tracks.  These are rarer still and command a higher price.

The hands were changed from the ‘unusual’ design of the 1655 to the more ‘normal’ Mercedes style and this helped to create a look that was more acceptable to the masses.

Again using the GMT Master movement, this time the 3085 from the 16760, the 16550 now had an independent GMT hand so that it was a two time zone watch.  The case was made from 316L steel as was the norm in the day and this makes it slightly less bright than the later models – the cases were also made slightly fatter than the later ones to accommodate the 3085 movement.

By the end of the 1990’s Rolex had a new movement and were working with improved 904L steel so they took the opportunity to fix the dial issues and launch a new model.

This is where things get interesting and lead us to the purpose of the piece that I alluded to way up there in the introduction.

The Rolex Explorer II 16570 is a very similar watch to the 16550.  It has a slightly slimmer case that’s made from a different type of steel and an improved movement but apart from that it’s basically the same watch but less than half the price and that’s a situation that’s unlikely to last for long.

16550s aren’t going to get any cheaper so when the price gap closes, and it will, it will happen through an increase in the price of the 16570.

So, there are four main types of 16570, all available with either a black or white dial:

The 216570 still has the fixed bezel that Explorer IIs have always had and now they have brought back the oversized orange ‘GMT’ hand – so that’s the old.  The new is that the GMT hand moves independently and the case size has been increased to 42mm in keeping with modern tastes.

This brings us to the statement made at the beginning of the piece about how the Explorer II 16570 is a classic, appreciating asset.

You see, the 1655 isn’t to everyone’s taste, it’s properly vintage and it’s priced well out of most people’s reach.

In its original Panna form, a Full Set 16550 Rail Dial costs over £25,000 these days and even a nice Full Set Polar with a replacement dial can be £17,000 or so (admittedly, black ones are less) and prices are still rising.

Prices of the last 16570s made with the engraved rehaut and the 3186 movement have risen sharply too but the ‘standard’ 16570s, whether Tritium or Superluminova are still great value – it won’t last long though as these things have a way of correcting themselves so if you fancy one then my advice would be not to hang about….

We hate spam as much as you so don’t worry, we won’t share your email address with anyone and you can unsubscribe at any time. 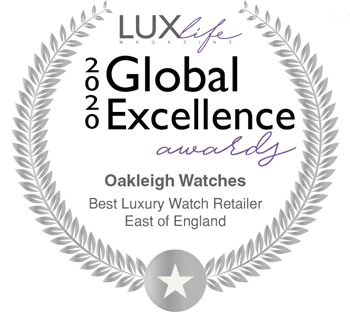